I'm now on my third course, and have just hit on the first "gold nugget" moment. The course is Aaron Sorkin Teaches Screenwriting, and I'm finding that his viewpoints resonate. Of course, I've been a Sorkin fan for a while. The West Wing remains one of my favorite shows to this day, and his writing consistently impresses me. 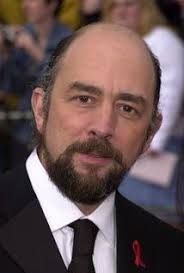 The nugget he gave, at least to me, seems like such a simple yet powerful suggestion - he tells the story, in illustrating how an actor should be given room to expand a character, of how Richard Schiff, in playing Toby, wore a wedding ring from the beginning of the pilot. Sorkin said to Schiff that he hadn't envisioned Toby as being married, and asked why Schiff chose to wear the ring. Shiff responded that he didn't know, either, but it gave Sorkin room to find out.

This suggests to me, in writing, to add items like this in my scripts, to allow them to be explored later. Or not. For a television series, there is a lot of room to do this, or let it be a non-issue. Or keep people wondering until the time is right to address it.

Like I said, perhaps this is a small thing, but it really struck me. And made the course worth the price of admission right there.

MasterClass used to cost $90/course. It's now $180/year for all you can watch. To me, that's a heck of a bargain. Not trying to sell anything here (though if you click the link, above, and sign up, I think I get an extra month - I'll buy you a drink :-)), but I'm just really digging MasterClass.